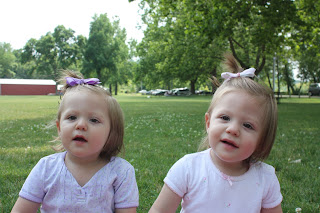 Has it really been 6 months since I last posted? Wow! Not surprising though, I hardly have a minute to myself these days let alone enough time to gather my thoughts and post a coherent blog entry.

It has been a busy 6 months! Some of the highlights include:


And most importantly. . .
Yep my little peanut is finally off of oxygen. At our appointment back in June she was finally given the green light to come off of oxygen and she hasn't looked back since. Thankfully she didn't need to go back on it like Britian did when she first came off. Jillian came off of her oxygen just in time because soon after her graduation she started crawling.

At their 18mo appointments, Britian weighed 21lbs and Jillian was 20lbs. They've both come a long way from their birth weight of 1lb 6oz!! 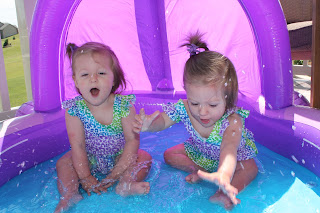 Alexis
Hello and welcome! I hope you enjoy reading about my journey as a Christian, wife, mother, homeschooler, and photographer. I blog as transparently as possible, life isn't always pretty but it is perfect for me.